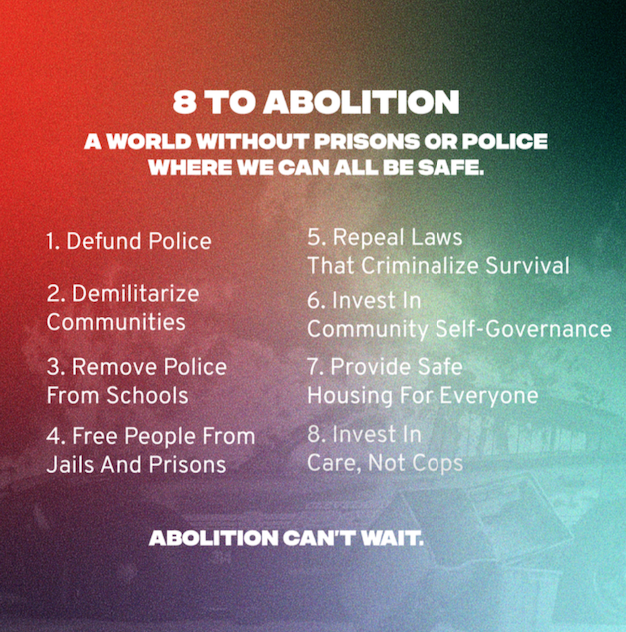 “While communities across the country mourn the loss of George Floyd, Breonna Taylor, Tony McDade, Jamel Floyd, and so many more Black victims of police murder, Campaign Zero released its 8 Can’t Wait campaign, offering a set of eight reforms they claim would reduce police killings by 72%. As police and prison abolitionists, we believe that this campaign is dangerous and irresponsible, offering a slate of reforms that have already been tried and failed, that mislead a public newly invigorated to the possibilities of police and prison abolition, and that do not reflect the needs of criminalized communities.

We honor the work of abolitionists who have come before us, and those who organize now. A better world is possible. We refuse to allow the blatant co-optation of decades of abolitionist organizing toward reformist ends that erases the work of Black feminist theorists. As the abolitionist organization Critical Resistance recently noted, 8 Can’t Wait will merely “improve policing’s war on us.” Additionally, many abolitionists have already debunked the 8 Can’t Wait campaign’s claims, assumptions, and faulty science.”